I wonder if I'll be like, invigorated after going to see the movie and not even hating it that much? Probably not. Because the problem is that book-Christian is just as bad as movie-Christian, and book-Ana is way, way worse than movie-Ana. And while early in the movie, Kate calls Ana a "goddess" as a "clever" nod to the worst thing in the book, I'm probably going to have to keep reading about inner goddesses and whatever for several hundred more pages.

Lessee. Where were we?

Ana Steele is married to billionaire / kink-enthusiast / child-abuse survivor Christian Grey. He is domineering and they are usually upset with each other except for when they're having sex.


Right so I tried to like, create a cliffhanger or whatever for you guys (Editor's note: ur welcome) by quitting in the middle of the car chase way back when. Haha jk. I got sick of the book and couldn't read it anymore. So we're still on the car chase.

Hey what did I say about the car chase before? That it's totes dumb? I think I said that, yeah, because it is. Because what's the actual point? We don't know the aims of the chasers, or even who they are, really, although we can assume Jack Hyde is involved because if he isn't, how would EL James manage to teach us how evil all editors are?

But let's think about plausible objectives for the chase, shall we? Or wait. Back up. The chase starts while they're on a bridge. Over water. So everybody is going the same way. How would you even know that someone was following you if they were following you while on the interstate? There's nowhere else to go!

And let's not forget that they're on their way from CG's parents' house to Escala. These are addresses that anybody wishing to harm CG would have no trouble acquiring. So. Why the chase? Why not just wait at his building? Don't get it. Never have. Will continue to not get it. Cool then.

I weave between the two lines of traffic like a black counter in a game of checkers, effectively jumping the cars and trucks. We’re so close to the lake on this bridge, it’s as if we’re driving on the water.

Dangerous! Haha yes it is as if you're driving on the water when you cross that bridge because, get this: the water is literally below you. Nice work, EL. You took an ordinary bridge and made me think of it in a totally different way. That's literature!

We flash past the bridge control tower, and I know we’re half way across Lake Washington. When I check my speed, I’m still doing seventy-five.

Before you ask, this is astute. EL did her research. The bridge does, in fact, have a control tower at exactly the midpoint of the lake. Lemme see if I can find a photo of it for you. 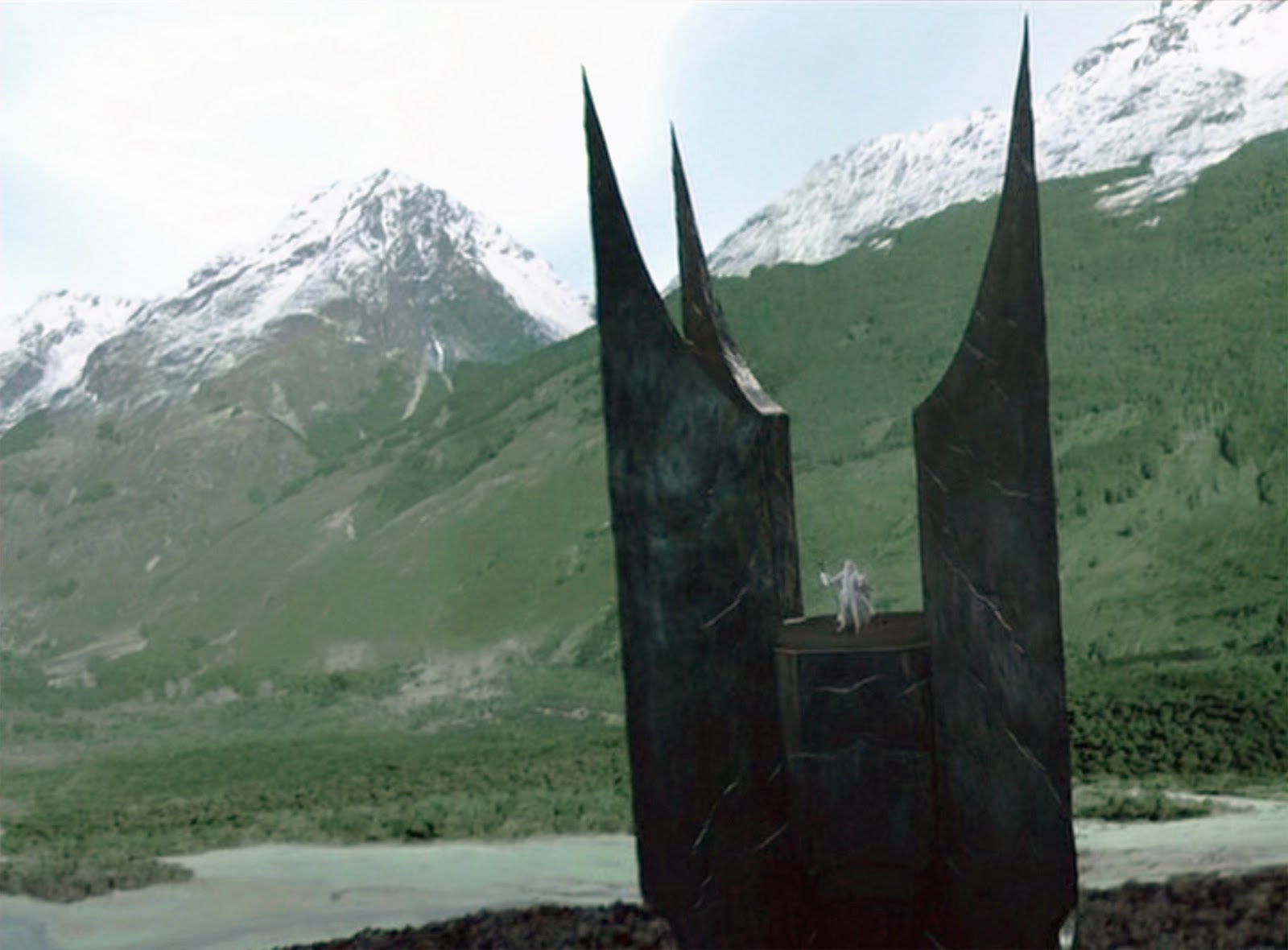 Nice! Even found one with a tower watchman in place and everything. Cool. So yeah. EL got this totally right. Also the speed limit on the bridge is, what, 60? I think 60. So she is really zooming. Because during times of light traffic, most people will only go like, you know. 65. 67. Something like that. Ana is absolutely racing if she's going 75. Wonder how she even knows tho, right? Do speedometers even go that high? I guess she's driving CG's fancy European car so it's probably designed for the autobahn or whatever so sure. Why not.

During the car chase, Taylor or whoever is also driving in some different car and giving Ana instructions in car-chasing. They decide to go south on 5 when they get across the bridge. We're told that all the lights on the bridge are green, which is good for our heroes but bad for people who enjoy verisimilitude. It's the freeway. There aren't green lights. So it's like they're on surface streets, which doesn't make sense, since of course 520's westernmost terminus is 5. Another part I enjoy about the chase is that CG's security people keep announcing the speed of the vehicle that's chasing them, as though they are armed with radar guns or whatever. Hey maybe they are. I don't know! It's possible!

When they finally duck into a parking lot and elude their pursuers, the pursuing vehicle heads over to Escala, CG and Ana's home. So. Um. Um.

Yeah. Can't see the point. Really having a hard time feeling the stakes here when the whole thing just makes so little sense. Just no sense at all.

Here's part of that scene:


“Still,” he whispers. He kisses me once more as his thumb circles gently around me through the sheer fine lace of my designer underwear. Slowly he eases two fingers passed my panties and inside me. I groan and flex my hips toward his hand.

Hey so um. What's everyone's take on the phrase "passed my panties"? That does not seem like the word we want here, does it? "Inside" would make sense, but then we'd get that word twice in the same sentence. But "passed" does not seem anywhere even close to right.

Oh and "designer underwear"? C'mon. Is she bragging? Is that what's happening right here? She's taking this moment to brag about how fancy her underoos are? Cool. Then they have sex and Ana seems surprised about it even tho it was totes her idea. Whatever.

Ok so then they're done and drive back toward home. CG checks in with his security people. I guess he has one called "Ryan" and one called "Sawyer" and I just cannot be bothered to give a shit about these security doofuses so I keep forgetting their names.

I'm going to make you read a long section now, and marvel at it with me.

He listens intently to Ryan, I assume.

“Her?” he gasps. “Stick with her.” Christian hangs up and gazes at me.

Her! The driver of the car? Who could that be—Elena? Leila?

“The driver of the Dodge is female?”

“So it would appear,” he says quietly. His mouth presses into a thin angry
line. “Let’s get you home,” he mutters. He starts up the R8 with a roar and reverses smoothly out of the space.

Christian smiles briefly as he eases the car out of the lot and back onto Stewart Street.

“It stands for Unknown Subject. Ryan is ex-FBI.”

“Well, where is this female unsub?”

“On the I-5, heading south.” He glances at me, his eyes grim.Jeez—from passionate to calm to anxious in the space of a few moments. I
reach over and caress his thigh, running my fingers leisurely up the inside seam of
his jeans, hoping to improve his mood. He takes his hand off the steering wheel and stops the slow ascent of my hand.

“No,” he says. “We’ve made it this far. You don’t want me to have an accident three blocks from home.” He raises my hand to his lips and plants a cool kiss on my index finger to take the sting out of his rebuke. Cool, calm, authoritative . . . My Fifty. And for the first time in a while he makes me feel like a wayward child. I withdraw my hand and sit quietly for a moment.

“Apparently so.” He sighs, turns into the underground garage at Escala, and punches the access code into the security keypad.

This is unbearable. Ana isn't even a character. She's just a device for asking pointless questions. Yeah remember when you overheard CG using feminine pronouns in reference to the person car-chasing you? Probably means he's talking about a lady. Get your shit together Ana. Oh and everyone in general: don't say female or male. You sound like a cop or a veterinarian or some shit. Just say dudes & dudettes like a normal person, brah. No but srsly. When you say "female" you don't sound like you're talking about a human person. And it sounds pretty gross.

But the main thing? The end. Where Ana just says "Female?" What the shit Ana? What the actual shit? Are you not paying any mutterflushing attention to this conversation either? This shit is so infuriating. It's like she's too shocked by this information to process it. Chased by a lady driver? ZOMG!

Wait I just thought of something: this book has a car chase in which one woman pursues another woman and both of them are driving, so it passes the Bechdel Test. So that's a surprise to me, too. Wait am I getting this wrong? I might be getting this wrong? Not sure.


I shut the door and walk to the end of the car to wait for him. Gracefully he
climbs out, watching me with that look . . . that look that calls to something deep inside me. I know this look well. Once he’s in front of me, he leans down and whispers, “You like the car. I like the car. I’ve fucked you in it . . . perhaps I should fuck you on it.”

I gasp. And a sleek silver BMW pulls into the garage. Christian glances at it anxiously, then with annoyance and smirks down at me.

“But it looks like we have company. Come.” He grabs my hand and heads for the garage elevator.

PERHAPS. Omigod I'm so glad they get interrupted. Oh also tho, they just did it like one minute ago. Like literally one minute ago they did sex in the car, and then drove like one minute from their sexy parking lot to their home, and then CG is like, "Oh yeah I'm totally ready for more sex." These people and orgasms are exactly like me and pizza where one minute passes and I'm like, "Oh yeah I could go for a slice of pizza." Only in my case? That's not necessarily healthy but it's extremely ordinary and I'm not bragging because I get you. I know how you do. You can slay that pizza with the best of them. Game recognize game. So when we're talking about pizza, it makes sense, but with sex, it's just physically impossible. I'm very glad they're interrupted. Maybe CG is too. Maybe he's like, "I'll act like I'm ready to get my swerve on again, and then she'll be totes impressed, but I won't have to because of this new character who's now entering the book."

I packed a lot into that paragraph. Should I break it up? Yes. Will I? No. I could really fuck a pizza right now tho. Wait did I get that wrong? Moving on. note for ed- can i keep that 'fuck a pizza' line? (Editor's note: no that's insane. Delete it when you do the last check because that's just. You know what it is. Just delete it.)

The new character is named Noah Logan and he introduces himself and says he's just moved into the building and he's obviously a villain, right? I mean how could he be anything other than a villain? I mean, here he is, showing up, just after the car chase. Being all friendly and shit. And he's all pressing elevator buttons and asking what floor to press for them and they're like, "No brah. We have a secret rich-people code because this shit open up right in our living room, brah." I'm paraphrasing. But Noah Logan is totally, totally a villain.

Anyway then they're home in their place and whatever after they meet Logan and Ana says she'd like "Something rough" so that means that the next chapter is going to start with a buncha sex so we have that to look forward to, I guess? Sure yeah yeah. Yay.
Posted by Alden Eagle at 3:30 AM